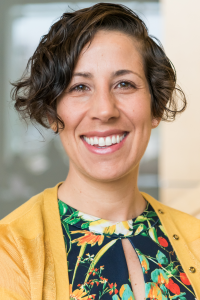 Since joining UMBC in 2011, Jess Myers has been committed to diversity and inclusion by creating and developing innovative social justice programming for students, faculty, and staff, and continually making exceptional contributions to the university’s mission of valuing cultural and ethnic diversity, social responsibility, and life-long learning.

As the Women’s Center director, Myers has developed a wealth of programs and resources for students–all on a shoestring budget. The programs target critical issues including sexual assault, relationship violence, and gender equity, and have led to many meaningful dialogues and poignant, teachable moments. More recently, Myers has spearheaded an interdisciplinary Critical Social Justice initiative that explores social justice in both theory and practice. The program has expanded to include themes which touch on engaging in difficult dialogues, creating brave spaces, and caring for the Baltimore community–just to name a few.

A leader in higher education, Myers served as a panelist and presenter at local and national conferences, has published several articles of note, and in 2015 received the Outstanding Achievement Award from the National Women’s Studies Association Women’s Center committee. Most recently, she earned a University System of Maryland Women’s Forum Professional Development award.

Myers holds a B.A. from The Catholic University of America and an M.S. from Colorado State University.