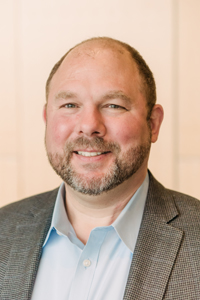 Steven Caruso joined the UMBC biological sciences faculty in 2001, and was promoted to principal lecturer in 2020. He has led a revolution in pedagogy in his department, resulting in an array of laboratory courses that truly give students—and instructors—the chance to experience “aha” moments. Colleagues and students alike appreciate Caruso’s sense of humor, willingness to listen to feedback and try new things, and his knack for helping students develop confidence to accompany their laboratory and teaching skills.

The cornerstone of Caruso’s work is his leadership on the Science Education Alliance: Phage Hunters Advancing Genomics and Evolutionary Sciences (SEA-PHAGES) program. In 2008, UMBC became a founding institution of the Howard Hughes Medical Institute-funded SEA-PHAGES program with 11 other schools. SEA-PHAGES is an inquiry-based laboratory course that gives students the opportunity to learn a range of highly relevant laboratory techniques while gaining a greater appreciation for the scientific process. It has grown to nearly 150 institutions and influenced the collegiate and career trajectories of tens of thousands of students.

Most importantly, neither Caruso nor the students know exactly what will happen at the outset of each semester—SEA-PHAGES is nothing less than real scientific discovery. In fact, students often identify viruses that are completely new to science. SEA-PHAGES at UMBC has resulted in nine academic journal publications with more than 600 student authors. This experience has also helped students gain employment throughout the biotech sector.

Caruso also provides authentic and dedicated mentorship to colleagues dipping their toes into active learning, SEA-PHAGES’ graduate and undergraduate teaching assistants, and students in the course. In recognition of his teaching at UMBC and this strong mentorship, Caruso received the Carl Weber Award for Excellence in Science and Mathematics Teaching in 2017.

Caruso is also the faculty advisor for the UMBC Biological Sciences Council of Majors, the Pre-Medical Society, the Pre-Veterinary Medicine Society, and the Phi Delta Epsilon International Medical Fraternity. Beginning in 2015, he developed and implemented a class-based undergraduate research experience for UMBC’s STEM BUILD trainees.